Veganism in the USA has gained popularity, and most people including celebrities have transitioned to taking plant-based meals. There are super talented chefs who are the masterminds behind this irresistible mouthwatering vegan fare. Several of them have been ranked and awarded for their tasty foods, and others even boast of celebrity followers. Let’s have a look at some of the most popular and talented vegan chefs. Please note that the chefs are not listed in order of merit, and if you feel your best vegan chef is missing, let us know. They might make it on the next list!

Chloe Coscarelli gained national recognition when she starred in the television series Cupcake Wars, on Food Network Reality. This talented chef made history by becoming the first ever vegan chef to win the competition. She has also been featured on the Fran Drescher Show. Chloe is not only a chef, but she is also an author! She has published three cookbooks, all of which have featured in Amazon’s top 100 best-selling cookbooks. Chloe started a New York-based food restaurant, ‘by Chloe’, bringing healthy and delicious dishes to vegans.

Chef Tal Ronnen has it all! With over 14 years’ experience as a vegan cook, he has made a name for himself and become akin to many celebrities including Oprah Winfrey, Bill Clinton, Paul McCartney and Ellen DeGeneres.

He is the founder and chef at The Crossroads, LA. The restaurant is famous for delectable and flavor exploding vegan cuisines, and it has been featured in magazines like the Huffington Post and The Eater. Ronnen’s book, The Conscious Cook, made it to IACP Cookbook Award finals.

Matthew Kenney is a lifelong vegan chef whose boyish features never tell his age. He started his career as a chef at only 20 years of age and boasts of celebrity clientele. Kenney owns award-winning plant-based restaurants, and culinary schools that seek to bridge the gap between art and nutrition. The Mathew Kenney Culinary Academy is not just any other culinary institution, but an academy recognized by Food & Wine magazine as one of the best resources for cooking classes in the world. Kenny is also an amazing author of 12 cookbooks.

Visit the famous Blossoming Lotus in Portland, and enjoy some of the most tantalizing vegan delicacies. Wes Hannah is the founder and the former chef of this renowned restaurant. He makes a masterpiece of organic food and each plate is a star. Hannah has 4-star rating on Yelp. 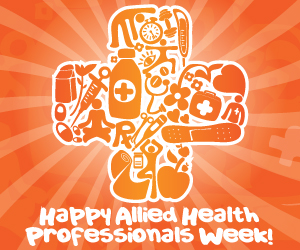